Scope of Property Investment in Punawale 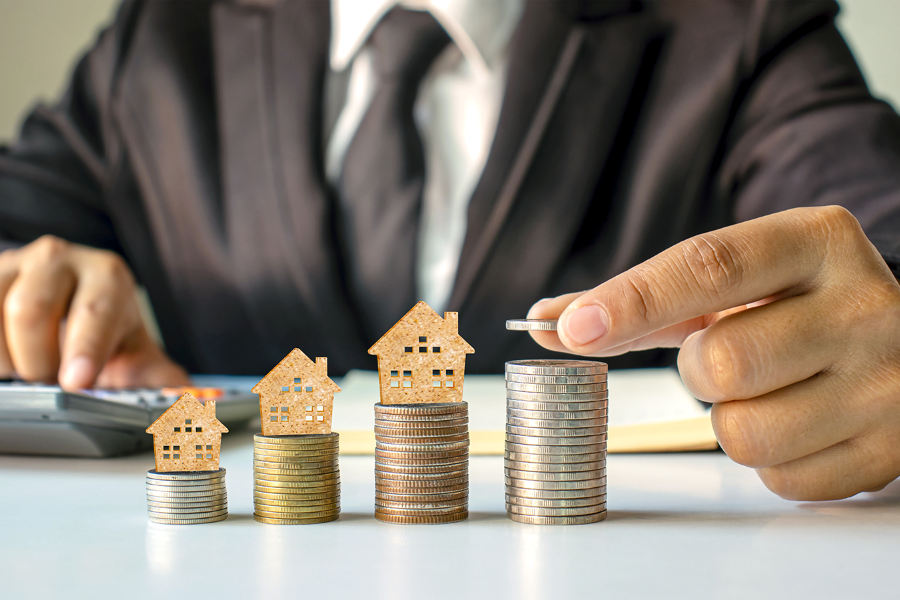 Punawale, which is strategically located off the Pune-Mumbai Expressway, has become a booming real estate hotspot in West Pune. The area is liked by both tenants and homebuyers, making it a prime location for investments. It benefits from being reasonably priced and conveniently connected to important areas of PCMC and Pune City, such as the infotech hub of Hinjewadi. It employs over 2.5 lakh software professionals and is expanding at a rate of over 14% annually, among other well-known areas like Baner, Balewadi, Wakad, Ravet & more.

Punawale, like many other neighborhoods in Pune’s bustling PCMC area, started off modestly but rapidly became a significant real estate hotspot when renowned developers began to do home construction here. But the introduction of the opulent integrated community marked the actual turning point for this area. This township served as an important economic accelerator, and soon Punawale was completely furnished with the best services and infrastructure, including shops, schools, and medical facilities.

Punawale’s closeness to Hinjewadi is a key driver in real estate expansion. Punawale is known as a premier area for inexpensive housing due to the demand of workers in the manufacturing industry. In comparison to its nearby neighbourhood of Wakad, where the average price of a square foot of property is now approximately Rs. 6,600, it is a far more reasonable option.

The introduction of several residential buildings in Punawale over the past few years has drawn many first-time homeowners who work in Hinjewadi and the MIDC manufacturing belt. The area, which combines natural beauty with urban growth, is ideal for people who wish to live close to nature while making use of all city amenities.

The growth of Punawale’s projects continues under the watchful monitoring of PCMC and the Pimpri-Chinchwad New Town Development Authority (PCNTDA), with sufficient infrastructure to sustain the residential areas.

Punawale already has strong access to important regions, which is another factor contributing to the continued high demand for houses in this area. But in the coming years, the neighborhood will become even more desirable thanks to the planned infrastructural developments in and surrounding the area. Balewadi Phata and Baner, among other places, would have easy access thanks to the current Shivajinagar-Maan metro project from Hinjewadi to Shivajinagar.

Punawale will also benefit from the ongoing construction of the Pune Ring Road, which is going to be a game-changer. The Ring Road will run through Ravet, Hinjewadi, Punawale, and Wakad in the Pimpri-Chinchwad region. The prices of properties in Punawale will start to rise as the Ring Road and metro line is near completion due to the growing demand for such a well-connected neighborhood.

Over the past six to seven years, a number of new residential projects in Punawale have begun. In this area, between 2013 and 2020, more than 8,400 residences were introduced, according to statistics from a real estate consultant. Nearly 58 percent of this supply is already available for occupants, and the remaining 15 percent will be finished during the upcoming 12 months.

This makes Punawale a great destination for them because the majority of homebuyers nowadays prefer ready-to-move-in properties.

Talking about property options, Pharande Spaces as one of the most renowned real estate developers in Pune offers the best options for you to invest in Punawale. With more than 25+ years of legacy, Pharande spaces have delivered 3000+ homes & developed more than 10 million sq. Ft. If you are thinking about investing in PCMC or Pune then investing in one of the projects from Pharande Spaces would be a smart decision.

Merits & De-merits of a Joint Home…

By Admin
Why Buy Homes During Festivals?

By Admin
Why Is Makar Sankranti Considered An Auspicious…

This Privacy Policy governs the manner in which Pharande Spaces collects, uses, maintains and discloses information collected from users (each, a "User") of the https://pharandespaces.com/ website ("Site"). This privacy policy applies to the Site and all products and services offered by Pharande Spaces.

We may collect personal identification information from Users in a variety of ways, including, but not limited to, when Users visit our site, fill out a form, and in connection with other activities, services, features or resources we make available on our Site. Users may be asked for, as appropriate, name, email address, mailing address, phone number. Users may, however, visit our Site anonymously. We will collect personal identification information from Users only if they voluntarily submit such information to us. Users can always refuse to supply personally identifying information, except that it may prevent them from engaging in certain Site related activities.

Our Site may use "cookies" to enhance User experience. The user's web browser places cookies on their hard drive for recordkeeping purposes and sometimes to track information about them. The user may choose to set their web browser to refuse cookies, or to alert you when cookies are being sent. If they do so, note that some parts of the Site may not function properly.

How we use collected information

Pharande Spaces may collect and use Users personal information for the following purposes:

How we protect your information

We adopt appropriate data collection, storage and processing practices and security measures to protect against unauthorized access, alteration, disclosure or destruction of your personal information, username, password, transaction information and data stored on our Site.

Private and sensitive data exchange between the Site and its Users happens after an SSL secured communication channel and is encrypted and protected by digital signatures.

We do not sell, trade, or rent Users personal identifiable information to others. We may share generic aggregated demographic information not linked to any personal identifying information regarding visitors and users with our business partners, trusted affiliates and advertisers for the purposes outlined above.We may use third party service providers to help us operate our business and the Site or administer activities on our behalf, such as sending out newsletters or surveys. We may share your information with these third parties for those limited purposes, provided that you have given us your permission.

Pharande Spaces has the discretion to update this privacy policy at any time. When we do, we will revise the updated date at the bottom of this page. We encourage Users to frequently check this page for any changes to stay informed about how we are helping to protect the personal information we collect. You acknowledge and agree that it is your responsibility to review this privacy policy periodically and become aware of modifications.

All documents and graphics are provided "as is". Pharande Spaces hereby Disclaim all warranties and conditions with regard to this information, including all implied warranties and conditions of merchantability, fitness for any particular purpose, title and non-infringement. In no event shall Pharande Spaces be liable for any kind of damage resulting from any clause or reason, arising out of or in connection with the use or performance of information available from this website.